skip to main contentskip to schoolfeed

While older students enjoyed a live performance of Beauty and the Beast, students at Houston Lower Elementary School put on a show of their own Friday, Feb. 26, 2016. 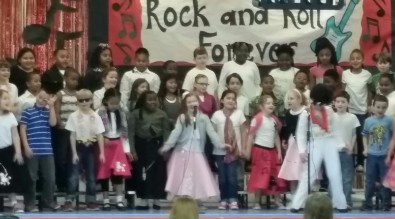 Kindergarten and first graders put on a musical about Walt Disney. Second graders, dressed in poodle skirts and leather jackets, performed songs and spoke dialogue about the early Rock-n-Roll era and the Golden Decade.

“It was awesome! Students were so expressive in their dialogue and had fun with it,” said Christy Watkins, science special class teacher, who along with Emily Peel, librarian, and Ann Weaver, gym coach, present a program every other month during the school year.

The performances, while entertaining, were also used to develop speaking and listening skills, as well as incorporate a history lesson for students both on and off stage.

Homerooms participating in these productions were: K5:  Mcmullen and Brassfield; 1st:  Callahan and Bedolla; and 2nd: Smith and Sterkel.

First graders perform in front of family and peers. 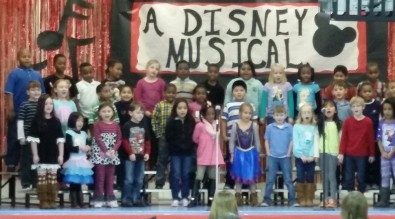 Kindergarten students pose for the camera during their musical. 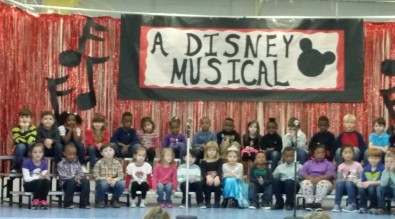